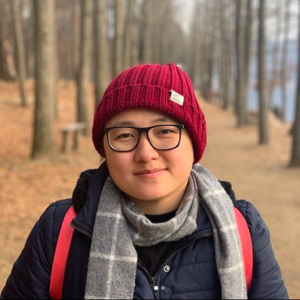 New York is the city of dreamers and Fang Sir is no different. A filmmaker who immigrated from Taiwan, “Fang Sir” is getting older and with his old age, he imagines one last hoorah – a remake of his award-winning short from 1989.

In “Dream In Silence,” Directors Xin Huang and Ye Bao document the making of Fang Sir’s final film, with the help of a group of young Chinese filmmakers. Huang, Bao, Fang Sir, and Producer Fan He all join PAAFF to discuss realizing this dream together.

Tell me about how did you decide to make your last film.

Director, Xin Huang: Back then, I made the decision that I will leave the USA and I wanted to make a film before I left. I have known Mr. Fang for a long time and I thought he was an attractive person. He was a legend when he was in Taiwan. I found his personal experience fascinating. Therefore, I thought it would be great to make a film about him.

How did Xin Huang and Ye Bao find you? How did you all start working on this film together?

Producer, Fan He: We were both working for the same company, so before making the film we already knew each other very well. And we both knew Mr Fang. He is such a character. I’ve been thinking of making a film with Mr Fang for a long time. Back in 2017, I was really busy with producing TV shows and had made some money. So I decided to invest in the remake of Mr Fang’s film Reticence and encouraged him to direct again. I think it is a meaningful thing to try to help Mr. Fang realize a dream.  Xin and Ye were planning to make a documentary on Mr Fang by the time and making this remake naturally became the main storyline of the documentary.

Tell me about one of your favorite memories from working with Xin Huang, Ye Bao and the other filmmakers.

Producer, Fan He: Xin and Ye are both very talented. Xin is an amazing film editor and director and Ye was a doctor in neuroscience. But both of us (including Mr. Fang) found it extremely hard to survive in the film industry. I guess one of the favorite memories of working together was to go to lunch and have meetings in those Flushing restaurants Mr Fang knew well so we could get a discount and sit very long, four struggling filmmakers from 20s to 60s, having simple dishes and talking about our struggles and dreams.

What was the process of remaking your film? What was exciting and what was challenging?

Fang Sir: Firstly I asked Fan He to be the chief producer. (I’m very thankful for his initiative to provide funds), and he organized a crew.  At the same time, he asked someone to translate my revised Chinese script into English; then, the Line producer and assistant director assisted me with casting work, and then related tasks, such as location scouting, pre-production meetings, transportation & logistics  …and so on. After the various items were in place, the filming work started. (During the period, a reporter from the Chinese newspaper came to interview on site).

As for what makes me excited, it’s the whole process of filming and discussing with a group of young people who have received American film school education!  At the same time, this is also a process of “challenging each other”. It is a challenge for me, for the entire crew, including the actors.

What are some of the similarities and differences between the original film and the remake?

Fang Sir: I am the original editor/director of this film, and what I want to see is when the actors change from Chinese to westerners, how will the performance change.  What is the difference in the context of the American dialogue? I want to see if the assistant director, who graduated from film school in the US, can shoot this film in a different style.  It turns out that there is no such thing as “re-innovation”, it’s just like changing a bottle*

Tell me about your favorite scene from the film.

Director, Xin Huang: My favorite scene is that Mr. Fang and producer Fan He sitting together and discussing the crew members. It shows the different reactions about the short remake.

Director, Ye Bao: My favorite scene is after they wrapped up on the Silence set, Fang Sir and Fan were sitting in the van, talking that maybe all these days of preparation and filming is just a dream. It feels so poetic to me. And it’s not really wrong, we were all dreaming in this, together.

Fang Sir:  As far as this documentary “Dream in silence ” is concerned, there is really no such thing as a “favorite”, but every outdoor scene of this film~ I like it very much!

As far as the remake of [缄 Reticence] is concerned, the exterior location is the only part that is the most different from the original film, including the new performance of the actors, which is my favorite scene.

How did you feel when you finished this film, knowing it would be your last one?

Fang Sir: This question is a fake topic. Therefore, I also give a “fake answer”: I can smile and say ^_^ Die and stare**

Producer, Fan He: It will be no pain.

Producer, Fan He:  The road of realizing a dream is not always passionate and encouraging. It’s full of struggling, very chaotic, sometimes ironic and people feel you are ridiculous. But it’s such a different, interesting and unexpected life to live. So this film is not about success, family or friendship. It’s just an interesting way to live.

Watch the recorded Q&A here, conducted on 11/6 at 8:30pm EST over livestream with producer Fan He.

**Translation from Mandarin idiom, 死而瞑目, meaning he can peacefully die.