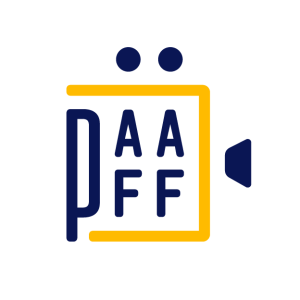 A Conversation with Goh Nakamura

For the tenth time since its 2008 premiere, the Philadelphia Asian American Film Festival (PAAFF) will bring together film patrons, civic volunteers, and up-and-coming filmmakers.

The eleven-day affair, which will run from Thursday, November 9th through Sunday, November 19th, is expected to attract thousands of guests and has been cited by many as one of the finest examples of Philadelphia’s culturally diverse arts movement.

With dozens of films primed for screening and a devoted team of volunteers—the Philadelphia Asian American Film and Filmmakers—the festival will open at the Lightbox Film Center with William Worthington’s The Dragon Painter. Initially released in 1919 by Haworth Pictures Corporation, this screen classic has been resurrected by PAAFF nearly a century later.

The Dragon Painter—a metaphysical drama based on the novel of the same name by Mary McNeil Fenollasa—has stunned audiences worldwide with its unique aesthetic. With a running time of fifty-three minutes, the story centers on a (possibly) delusional artist who seems unable to differentiate between his love for a dragon princess and his love for a young woman.

Artistic journeyman Goh Nakamura will be providing an original live score for the film and also take part in a post-screening Q/A with the audience. The commissioned score will celebrate both PAAFF’s anniversary and the rapidly approaching 100-year anniversary of The Dragon Painter.

Nakamura, the San Francisco based YouTube legend turned international folk star has awed audiences for the better part of the last decade. His musical credits include several collaborations with filmmaker Ridley Scott. Through this creative partnership, Nakamura’s take on music can be heard in several of Scott’s films, such as A Good Year (2006), American Gangster (2007) and Body of Lies (2008).

Despite such an impressive resume, Nakamura remains humble. When asked what grounds him as a performer, he cites a “student mentality.”

“I’m always learning and trying to be a better musician,” he said. “It’s an endless pursuit, but I just keep on going.”

This year’s installment of PAAFF will mark the musicians first at the festival, but it’s not his first visit to the City of Brotherly Love. Nakamura has sporadically come for screenings since starring in 2011’s Surrogate Valentine, an existential comedy written and directed by Dave Boyle (of Man from Reno fame), along with the film version of his song of the same name, Daylight Savings in 2012. Nevertheless, he has expressed immense excitement about being involved with the festival and has even noted that he hasn’t toured much since last coming to Philadelphia in 2012.

“It’s a tremendous honor to be part of the opening night event. I’m hoping that the Philly crowd will tell all their film and music loving friends to come out to support this Asian American festival and see these stories. I know Rob Buscher and his staff work really hard to make it great,” he said.

When asked about his relationship with The Dragon Painter, he discussed the steps he had to take to work with the entirely silent film.

“There’s pretty much music going throughout the first to last frame. I had to record a score to use as a metronome, but I’m going to be coming in and out on guitar and a Japanese instrument called the taishogoto, which is kind of a combination between a guitar and a typewriter. I’m hoping that the live aspect is invisible and the audience just gets lost in it,“ he said.

Finally, the actor, writer, and musician turned his thoughts to his what the future holds—most notably if we can expect his presence at the 2018 installment of the Philadelphia Asian American Film Festival.

“Maybe! If someone hires me to score or act in something, I’d love to,” he stated with a grin.