Visions in the Dark: The Pinky Thompson Story

Born in 1924, Myron “Pinky” Thompson was a social worker, activist, educator, soldier, and Native Hawaiian historian. Sustaining a serious eye wound at Normandy during WWII, Pinky wore a head bandage that kept him in the dark for some two years – from that darkness emerged a clear vision of his purpose in life. During the early years of the Native Hawaiian cultural renaissance, Pinky served as a leader of key Native Hawaiian organizations and played a pivotal role in garnering millions of dollars of federal funds to effect positive social change.

Part of the Pacific Showcase presented by Pacific Islanders in Communications, this film details a story of challenge and triumph through the life of one of Hawaii’s most important 20th century leaders. 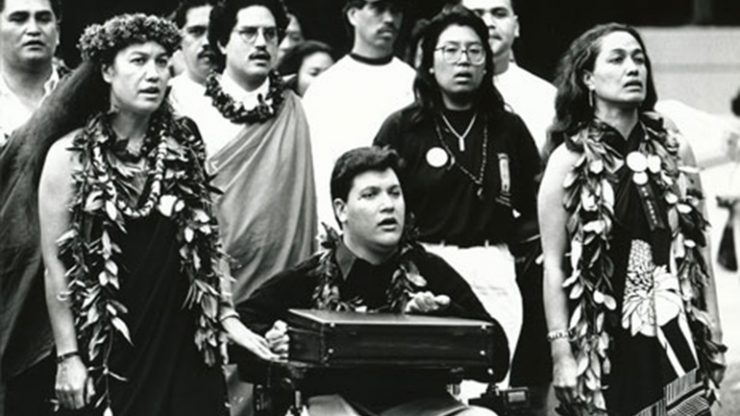